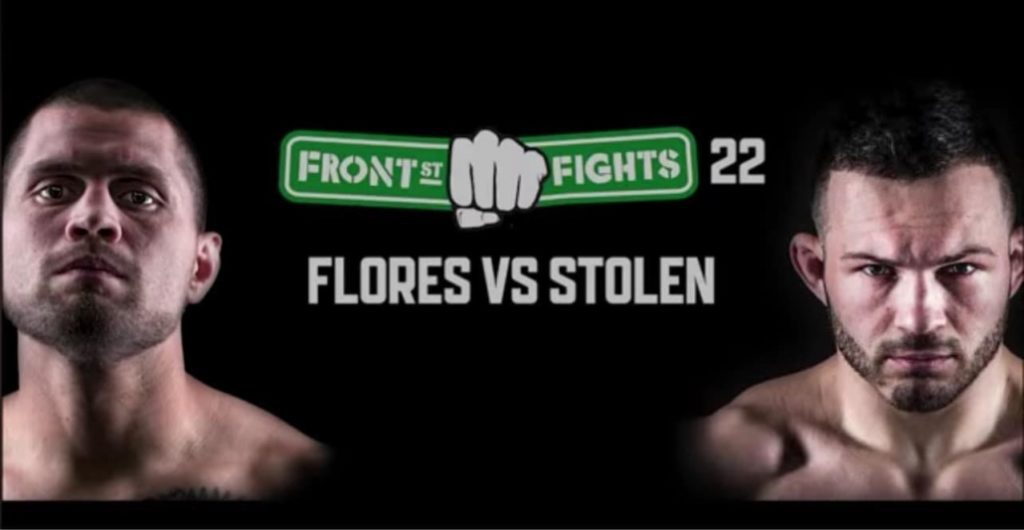 2020 was a rough year for MMA in our city, but after 22 months the Pacific Northwest’s finest MMA promotion, Front Street Fights, returns to downtown Boise, Idaho!!!

FSF23: Flores vs Stolen is shaping up to be one of the most stacked cards in the history of the promotion, and, as always, SBG Idaho is bringing the heat! In the headliner, SBG Idaho Brown Belt, Darrell “The Fiesta” Flores (8-5 MMA, 2-1 FSF) takes on Nathan “Superman” Stolen (8-5 MMA, 1-0 FSF) for the vacant Lightweight Championship! Flores last appeared at FSF 22, picking up a dominant unanimous decision over Quinten Wyland. Flores looks to showcase an even better version of himself on Saturday in his bid for a championship.

In the evening’s co-main event, SBG Idaho Blue Belt, Ricky “The Karate Kid” Steele (6-2 MMA, 2-0 FSF) welcomes Jamal Davis (1-1 MMA, 0-0 FSF) to the FSF cage in a bantamweight scrap. It’s been nearly six years since Steele competed in Idaho. A stint on The Ultimate Fighter, a Contender Series victory, and an LFA title fight have kept the karate blackbelt busy. But he’s back and excited to put on a show for the hometown fans!

Earlier in the night, SBG Idaho Purple Belt, Ben “The Lion” Hollier (5-1 MMA, 1-0 FSF) looks to continue his winning ways at the expense of Bryce “The Vice” Edminister (2-2 MMA, 0-1 FSF) at featherweight. Hollier last appeared in the cage at Global Legion FC 17, when he notched a 3rd round submission victory over Justin Vazquez. Hollier is firing on all cylinders currently and excited to showcase his recent improvements!

Opening the evening for the team will be the professional debut of SBG Idaho Blue Belt, Riley “Rad” Martinez. Martinez will be taking another professional debutant Gloria Grachanin in a featherweight showdown. Martinez makes the move to the professional level after a successful amateur career, highlighted by a Fusion Fighting Championship Title! We can’t wait to watch Riley take the next step in her fighting career in front of her hometown crowd!

Be sure to get tickets to the biggest show in town Saturday night! Doors open at 6pm and fights start at 7! For those unable to attend the event live, you can stream it on FloCombat. Click HERE for details.

If you are looking to compete, or maybe you’re looking to get into the best shape of your life with a Tribe that supports you 110%, Click the “Let’s Get Started” link at the top of our website, https://sbgidaho.com to set up your gym tour and FREE introductory lesson with one of our world-class coaches! See you soon!

Saturday, January 21 our own Head Strength & Conditioning Coach, Holly Lewis, will be running

The results are in for the 2022 Boise Weekly “Best of Boise” winners, and SBG

WHAT ARE YOU WAITING FOR?

Get in touch for your tour and free private session!